You are here: Home / The History of Chiropractic

The History of Chiropractic

Principles common to modern-day chiropractic have been found in the writings of Hippocrates, Galen and manuscripts of the Egyptians, Hindus and Chinese. But Dr. Daniel David Palmer, dubbed the “Father of Chiropractic,” is attributed with establishing chiropractic as a viable medical profession in modern health care. In the late 1800’s, Dr. Palmer was a healer and teacher trying to understand the cause and effect of disease. He performed his first chiropractic adjustment in 1895 on a deaf man who had lost his hearing several years before right when his back had given out. Dr. Palmer was able to restore the man’s hearing by realigning his spine! His second adjustment provided relief for a patient with heart problems. Dr. Palmer theorized that “if two diseases, so dissimilar as deafness and heart trouble, come from impingement, a pressure on nerves, were not other diseases due to similar causes?”

That same year, Dr. Palmer founded the first chiropractic college in Davenport, Iowa: the Palmer School of Chiropractic. He continued to develop his adjustment techniques and was soon getting results with a variety of conditions, from colic to ear infections to headaches. He developed a theory that misalignment of the spine caused pressure on the nerve, which resulted in various ailments and pains. He focused on the correlation between the structure and condition of the body and the ability of the body to heal itself naturally.

This simple and logical philosophy has been healing people and preventing pain ever since. All 50 states and many countries now recognize chiropractic as a health-care profession. Today, more than 50,000 chiropractors practice in the United States alone, and there are 26 chiropractic colleges around the world. Chiropractic is one of the healthcare industry’s fastest-growing fields because it is safe, natural, drug-free, non-invasive and extremely effective. It is now the third-largest field of health care behind medicine and dentistry. Decades of thorough research by government agencies, universities, health-care facilities and private- and public- sector research organizations has continued to support Dr. Palmer’s theories and recognize chiropractic as a legitimate health-care choice.

In 1987, four doctors of chiropractic filed an antitrust suit against the American Medical Association (AMA) (Wilk, et al, vs. American Medical Association). A federal appellate court judge ruled that the AMA had engaged in a “lengthy, systematic, successful and unlawful boycott” of chiropractic. During the proceedings, studies comparing chiropractic care to medical care were presented that found chiropractors were “twice as effective as medical physicians, for comparable injuries, in returning injured workers to work at every level of injury severity.” Since the court findings were released, a growing number of medical practices, hospitals and health-care organizations in the United States now include the services of chiropractors. [Source]

In 1993, the Ontario Ministry of Health publish the Manga Report, which reviewed all available international evidence on the subject of economic and effective treatments of lower back pain and concluded that chiropractic is “greatly superior to medical treatment in terms of scientific validity, safety, cost-effectiveness and patient satisfaction.”

In 1994, the Agency for Health Care Policy and Research (AHCPR) of the United States Department of Healthy and Human Services released guidelines for the management of lower-back pain developed by a panel of professionals including medical doctors, chiropractic doctors, nurses, experts in spinal research and physical therapists. Among other things, the panel concluded that chiropractic treatment is recommended for acute lower back problems in adults and should (usually) be pursued pharmaceutical or surgical treatments. [Source]

Feel free to do a little research yourself – ask around! Your co-workers, friends, family and others will tell you how chiropractic care has helped them or someone they know recover from an accident or injury, address chronic pain, deal with a stressful phase of life or troubleshoot aches and soreness.

Conclude your research at our office with an appointment for an initial physical assessment. Contact us today to book your appointment!

Contact us to set up an appointment for your initial physical assessment!

What is Chiropractic? The chiropractic approach to better health is to locate and get rid of interferences to your body’s natural healthy state. Chiropractors believe in the inherent ability of the … END_OF_DOCUMENT_TOKEN_TO_BE_REPLACED 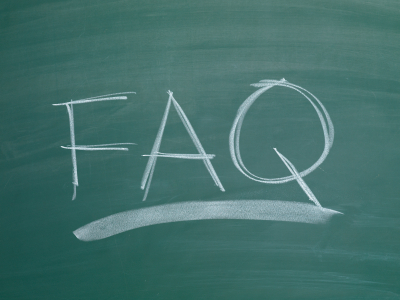 Frequently Asked Questions about Chiropractic: We want you to be as well-informed about … END_OF_DOCUMENT_TOKEN_TO_BE_REPLACED

At Rye Chiropractic Center, our goal is to ease your pain, literally. We strive to not only address your problem areas and help you heal but also to set you on a healthy path of prevention and maintenance so you do not encounter the same issues in the future. Please take a look around our website to learn more about what chiropractic care is, how it can benefit you, the services we offer and where to find us. About Dr. Michael McGivney, D.C. Dr. Michael McGivney opened his office in Rye, New … END_OF_DOCUMENT_TOKEN_TO_BE_REPLACED